Makeen transform allows you to update the design and functionality of your forms on-the-go. All you need to do is make the changes you need in transform Studio, and publish them. Once changes are rolled out, transform app users need to update their apps accordingly.

In the following lines, you will learn about the three ways you can update the transform app:

1) Update from the Categories Page

You can fetch updates to the app's Home Page (a.k.a. the Categories Page) easily. 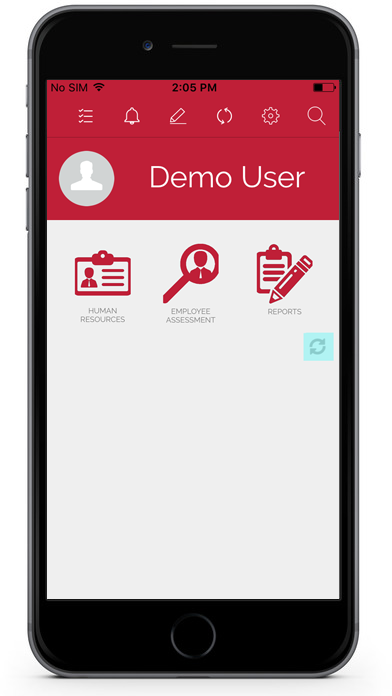 Simply tap on the sync button (highlighted in blue in the image above). New categories and/or updated icons will appear shortly.

2) Update from the Forms Page

There are two ways of ensuring your mobile app contains the most recently updated forms. The first is updating directly from the forms page (explained below), and the second is from the Settings page (detailed in the next section). 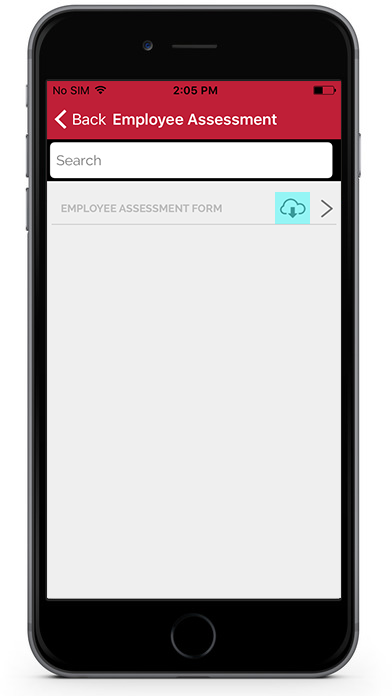 If your mobile forms are within a category, here are the steps you should follow.

3) Update from the Settings Page

You can update the application as a whole from the Settings page. With the following steps, you can download all app-level changes and new forms in one go. 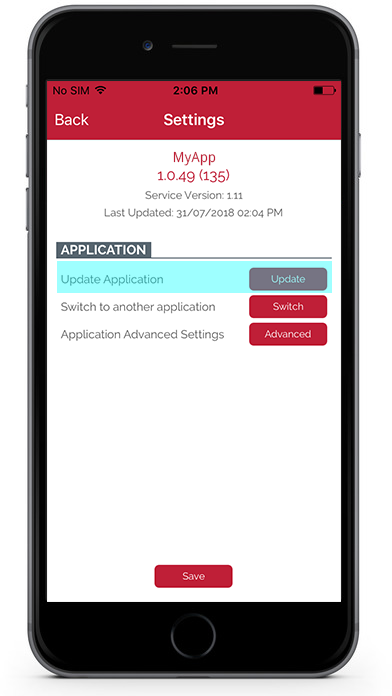 b. Update Pages and Forms Only

If you wish to only update the pages and forms in your app, carry out the following steps. You can also use this step to update multiple forms in one go. 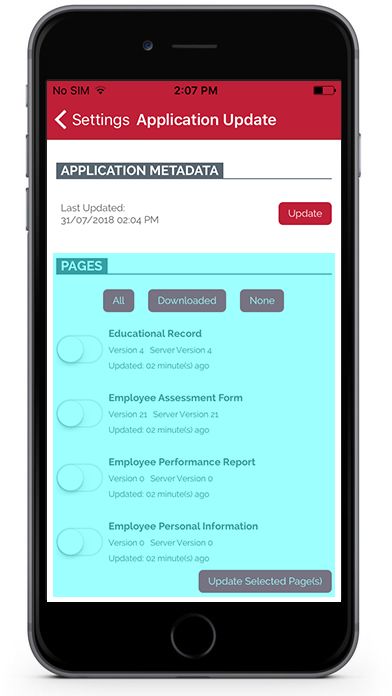 To fetch app-level changes without making any changes to your forms, use these steps. 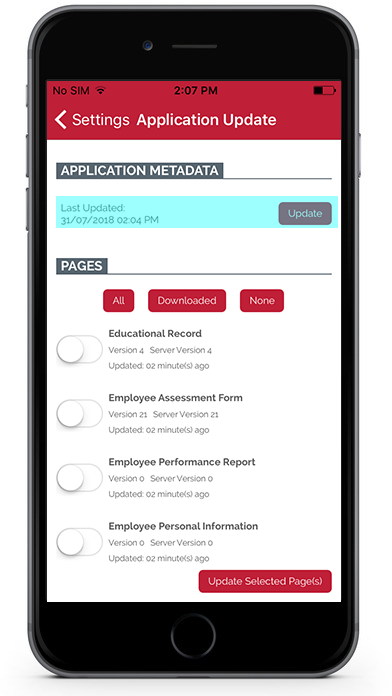